Alternative Dispute Resolution for the Collection of Debt 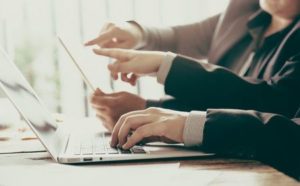 Alternative Dispute Resolution, or ADR, is a range of techniques that might be used for the collection of debt. It is intended to help parties in dispute reach a settlement, negotiating between the affected parties without the use of an arbitrator or a judge.Â  ADR recognises that in some instances negotiations can reach a deadlock situation, often because the nature of litigation is such that opposing parties are encouraged to adopt widely opposing positions.Â  However, it is not intended to be an alternative to traditional negotiation. ADR’s aim is to promote solutions to disputes in a more imaginative way than traditional negotiation techniques, if this traditional negotiation alone does not lead to a settlement.

It is up to the parties involved how they wish to proceed with ADR. Some of the most common methods are: mediation, where the parties meet with a trained mediator who will try to develop common ground and test out ways to resolve the dispute until an settlement is achieved; expert opinion, where an expert is appointed to consider areas of particular dispute, particularly those of a technical nature; adjudication, where the outcome of the dispute is determined by an adjudicator; and mini trial, which is similar to a mediation hearing but on a more formal basis, incorporating presentations to the mediator and a senior executive from each party.

ADR should always be considered in cases that are likely to be settled without a trial.Â  It has become an effective tool for debt recovery, allowing disputes to be resolved at a fraction of the cost of legal action and in significantly less time. It is advocated by the government and by judges, and embraced by both the public and private sector.

The key is to identify which cases are suitable for resolution in this way and then use whichever process of resolution that will achieve the fastest, most cost effective and appropriate outcome. A firm of experienced debt collectors might be a useful service to approach for assistance.